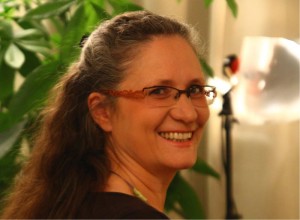 If you have browsed the parenting section of a bookstore in France, you are sure to come across books by Isabelle Filliozat. She is popular in France, and after reading one of her books, it is easy to see why. What she says makes sense.

Curious about what French mothers are reading, I read the book [amazon_link id=”2501056868″ target=”_blank” container=”” container_class=”” ]Il n’y a pas de parent parfait[/amazon_link] by Isabelle Filliozat on my Kindle and was pleasantly surprised.

The title of the book means that perfect parents don’t exist. Filliozat starts off by saying that the myth of perfect children and perfect parents was started by all the writings that explain how to raise a child like it is a cake recipe. Mothers also receive contradicting advice by so-called experts, lowering their self confidence.

Since the ancient Egyptians, people have complained about disobedient children. On the walls of Pompeii, a teacher wrote that the young were badly raised, mocked authority, and didn’t have respect for their elders. Sounds familiar? Every generation there is a crisis of authority, a syndrome called l’enfant roi, or the child is king.

A study in 1999 by l’association Èduquer Sans Frapper revealed that 84 percent of French parents spank their kids when their kids are disobedient, and 30 percent do it severely. The severity of the punishment is in line with the stress and exhaustion of the parent. The more stressed, the more severely the child is punished. Also, 33 percent of those surveyed said that they spanked their kids rarely and 51 percent frequently.

Filliozat believes that children in France should not be raised in fear like the children of the past, and don’t need their parents to become more authoritarian. However, there are many pediatricians and psychologists that disagree with her and encourage mothers to go back to the ways of the past, despite evidence that show its negative long-term effects on children.

This book is divided into four sections with the purpose to allow parents to regain control over their behavior. 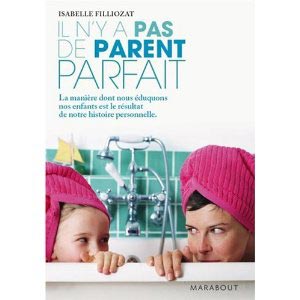 I found Il n’y a pas de parent parfait refreshing in comparison to several books by American authors that I read when pregnant with my daughter. I enjoyed The Baby Book by Dr. Sears and agree with most of what he had to say. I liked that he provided several ways for mothers to bond with their children, but stressed alternatives for mothers who were not able to do each method. He provided the tools and explained why each were beneficial. I still left his book wanting more.

Isabelle Filliozat discusses many of the same things as Dr. Sears, such as the advantages of breastfeeding and sleeping with your infant. However, I feel that she gives me more of what I am searching for – psychological perspectives, supporting studies, and details. Lots and lots of details. You come out feeling that you are the perfect parent for your child and she helps you strengthen any weaknesses you may have.

This is the first time I finished a book in French. Some words were difficult for me to understand, but it is a good read for intermediate French speakers. Her language is simple and if you do not understand a sentence, you can still figure out what she means if you continue reading.

Since this post is long , I provide an in-depth review of Il n’y a pas de parent parfait  in a separate post. I will read other parenting books by French authors to gain a more well-rounded understanding of what is guiding mothers in France in the literary world. Since they are all in French, this will take a bit of time.