This post is very late! Things have been a bit crazy between his birth, and buying and renovating a house. But more about that later… now is time for you to meet our newest addition to the family. 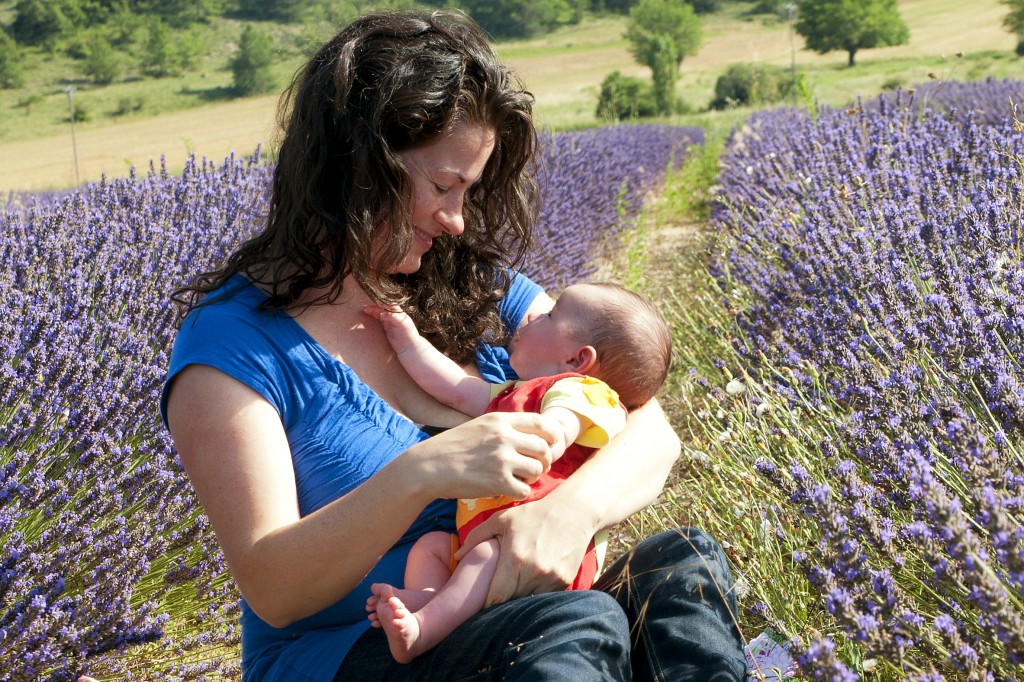 My due date was June 19th, however, my son was growing larger than my daughter was at the time of her birth – he was already 3.7 kg on June 12th. I had been walking for an hour every day over the past month, hoping he would come a little early.

My OB/GYN gave me the option of separating my membranes to see if I would go into labor sooner than later (not painful and no drugs involved). Since I had a rough time with my daughter, and she was smaller, I was motivated to give this a try. The morning of June 13th, the doctor did it and told me it probably would not work. I was only dilated 1 cm, so she could not get a good sweep.

We ran errands and walked around Auchan (very large store). We hoped I would go into labor while in Mansoque. As it got later, we decided to go head and return home. On the way home, I asked my husband to drop me off in town. I wanted to walk as much as I could. I walked through town, past our house, and on a long dirt trail. I walked for over two hours. The contractions were strong, but not regular. 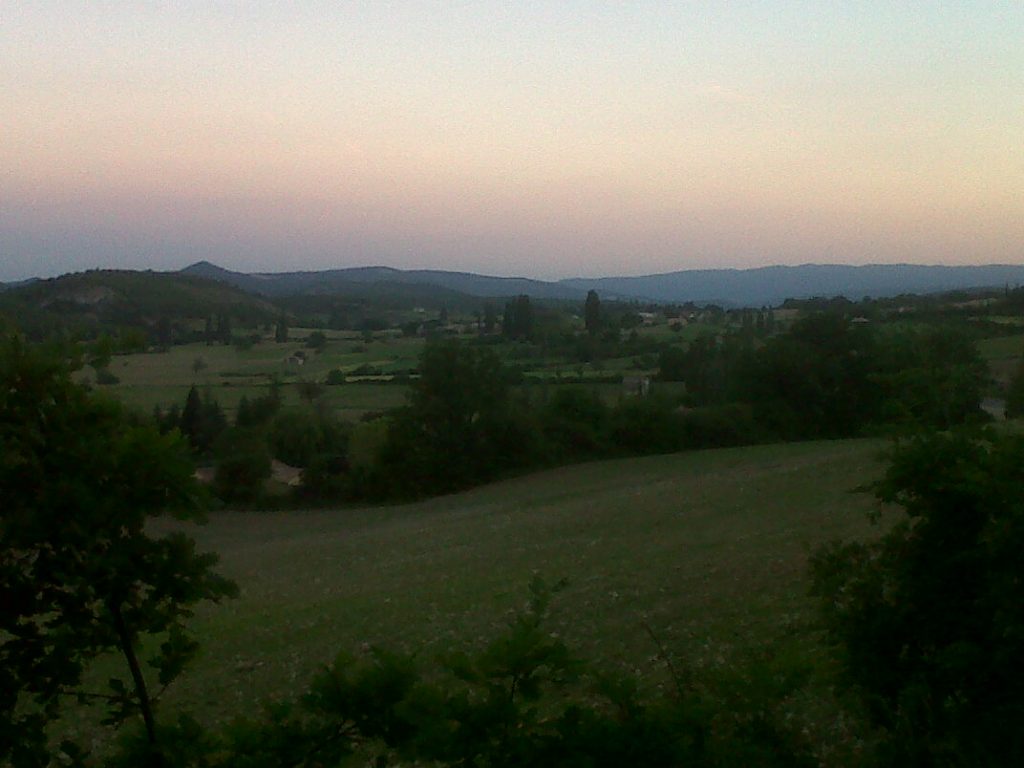 The next evening, I walked for about 1.5 hours. 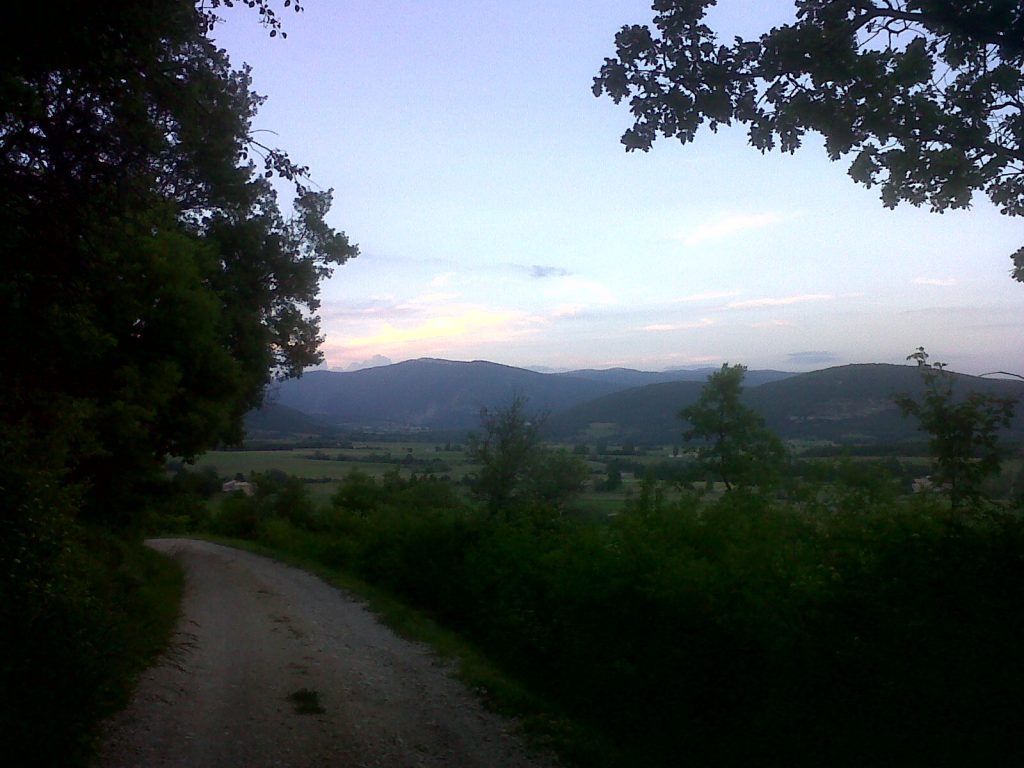 Again, I was getting strong contractions, but they were not regular. Several hours later, after resting, the contractions felt regular but weak. It was late in the evening, so I walked back and forth the short dirt road leading up to our house. After 30 min, I returned inside because I was scared of tripping over rocks in the dark. It was not the time for me to take a fall.

I could not sleep. My husband went to bed and I stayed on the computer for a bit. I knew the time was coming soon and I should rest as much as possible before delivery. I went to bed. I could not sleep and caught myself rolling back and forth, moaning. I got up to use the restroom and accidentally woke up my husband (I wasn’t graceful at this point, to say the least). He asked if we should go to the hospital. It was 4am. I hesitated and told him maybe it’s time. He called our assistant maternelle and packed our daughter’s diaper bag.

We dropped off Juliana at her assistant maternelle and headed to the hospital. The hospital in Manosqsue is a brutal 45 minutes drive. As soon as we reached Manosque, I realized that with every contraction, I lifted myself off the seat by gripping onto the handle on the roof of the car over the  door. I was scared I’d give birth in the car! Of course, I never mentioned this to my husband. I tried to keep calm. If you’ve ever been to Manosque, you’d know it has a hundred of those darn roundabout turns. I made my poor husband creep slowly around each one because those turns kept spurring on more painful contractions.

We arrived at the hospital. I could barely walk, so my husband offered to go on ahead to find me a wheelchair. I was afraid of being left alone, so I told him I was fine. We walked very slowly up to the maternity wing, until I couldn’t walk any further. I was only a few minutes away from the door, but I couldn’t take one more step. My husband found a midwife and she brought me a wheelchair.

I was asked to go onto the examination table so they could see how far along I was. They couldn’t find my medical records because I was there recently and my doctor held onto them. My husband ran to the car to fetch our copies. While he was gone, a doctor entered my examining room and said we could skip the examination. I was relieved because I was in so much pain, I really did not want anyone going up there! They helped me into the wheelchair and took me into the delivery room.

The midwifes immediately started preparing the bed and asked me to get up. While they were fiddling with the bed, I struggled to get up. I couldn’t move. My husband heard my screams and found me in this new room. My water burst, and no one noticed. I forgot my French and kept screaming out to my husband and the midwives that my water had broken. They didn’t understand me. Finally, I yelled at my husband to look down. He jumped and then the midwives realized. I told him that the baby is coming – I can feel him. They tossed me up into the bed. The stopped fiddling with the stirrups and had me lay my feet flat on the bed. My son was born only minutes later.

From the moment they checked me in at the examining room until my son was born, only 17 minutes had passed. They had to take our son to a different room for a few minutes, and then he was returned to us. We spent a little time in the delivery room, I breastfed, delivered the placenta, and got stitched up.

This birth was very different from my daughter. I had no epidural, threats of a cesarean, or problems with doctors. It couldn’t have gone smoother or quicker. I was relieved!

So without anymore delay… meet my little Mathieu. 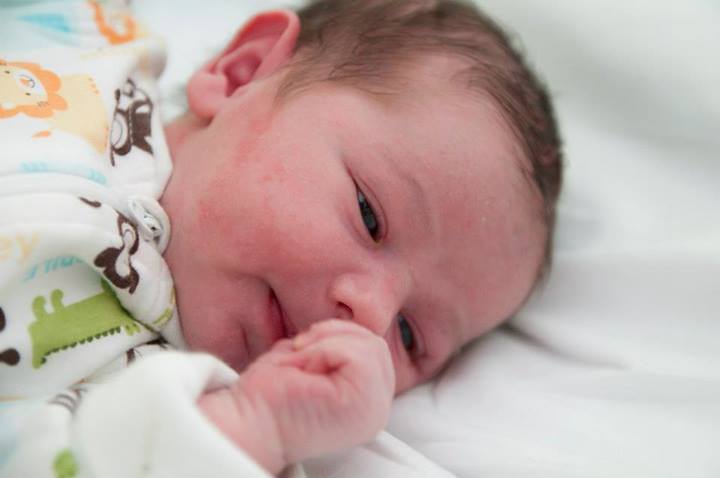 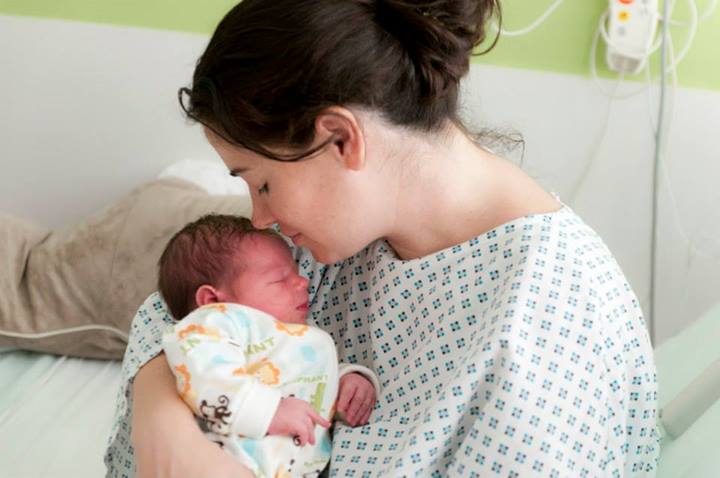 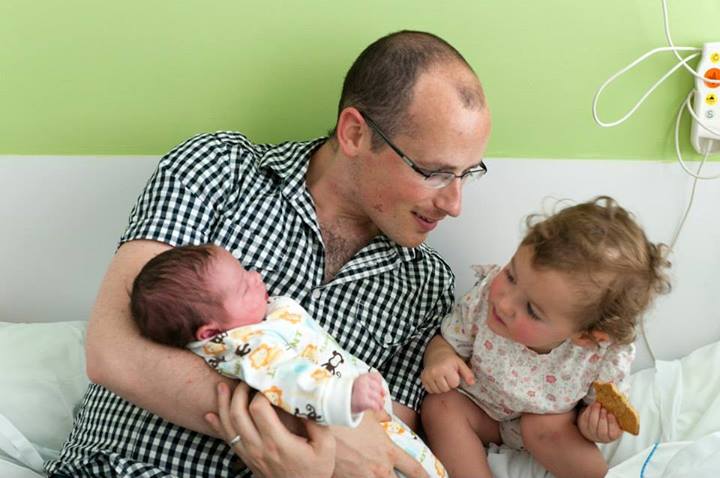 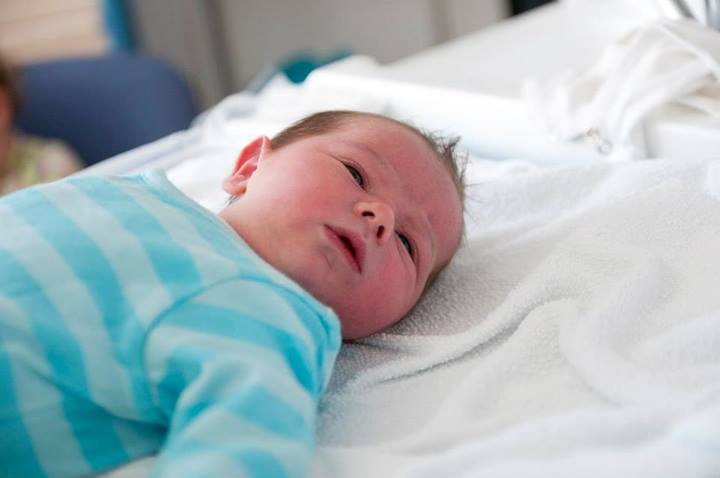 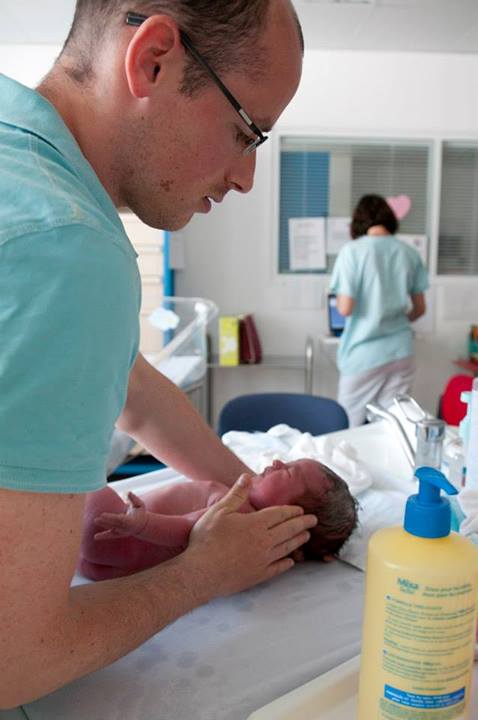 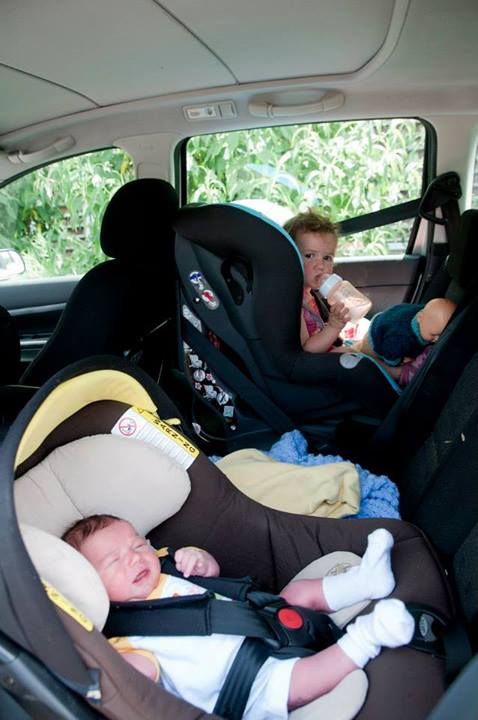