I’ve been drawn to the Gorges du Verdon ever since stumbling across it when we got lost a couple years ago on our way back from Italy. After some searching online, I was excited to find camping sites along it. We decided to got to Indigo Gorges du Verdon for our first family camping trip because I liked how the tent sites were orientated along the lake. I wanted one of the sites in yellow because it appeared they were more in nature and have some privacy. This camp site also stood out because we could get our feet wet in the lake, but there was also a heated pool and kid’s pool, and a large playground. 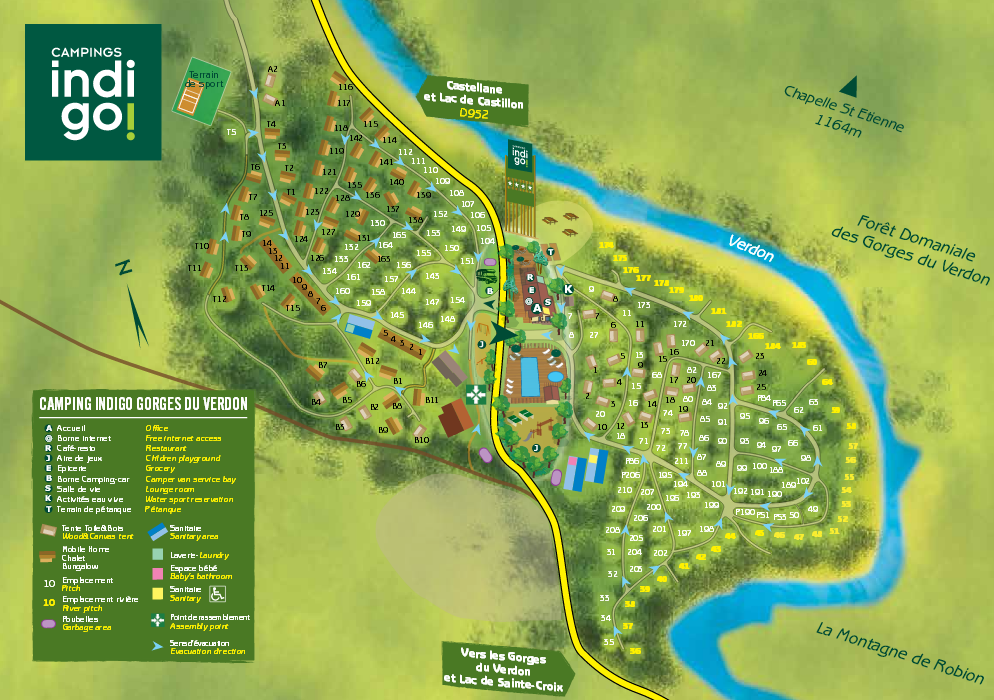 And I was sold on seeing this photograph…

But seeing that we were camping with two kids aged 4 and 2, I didn’t get my hopes up for having a peaceful moment like this. I did bring my Kindle just in case!

We booked for the first weekend of September, as it was the end of the high season, so we had a good discount on the price. For two nights, it was 41€, plus 4,60 for the dog. Since I wanted a site right along the river, we didn’t have electricity. We didn’t need it, except for charging our phones (I used mine for photos). Each evening, I charged it a bit in the car and we were fine.

Over the summer during the sales, I bought Friedola Evolution Tent for 6 personnes

for almost 50% off (I see it’s on sale again now during the January sales). When buying a tent, you need to get a larger size that the number of people it advertises. For instance, a tent that sleeps 4, only sleeps 2 people comfortably. This tent has two rooms, one for sleeping and one that can be used as a living room or dining space. The bedroom has a divider, so it can be split into two rooms that can fit two people (or three kids) on each side (advertised as 3 adults on each side). I liked the separate living area because if it rains, there’s space for us to bring the table inside for meals and games. The weekend before our trip, the kids and I did a test run in our yard. 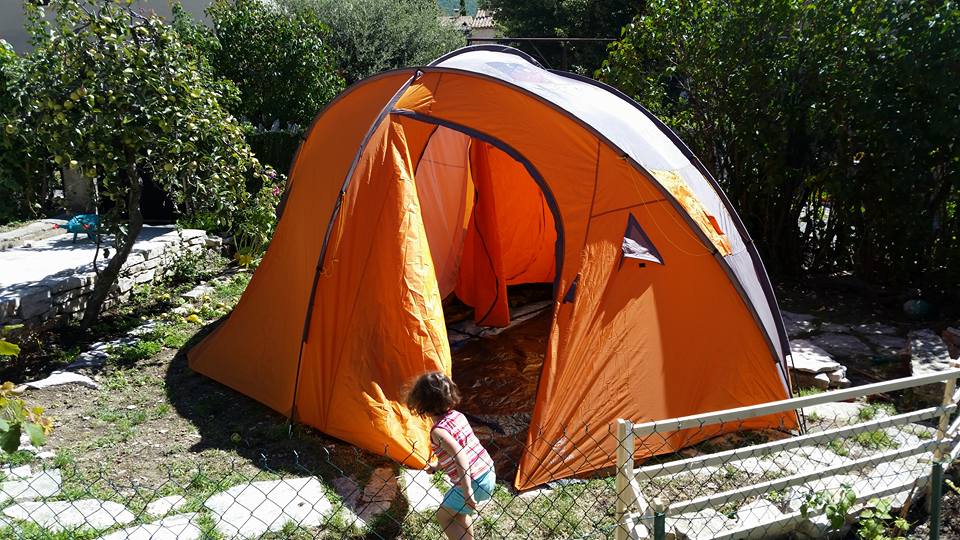 I’m really glad I did the test run in the yard first, as the poles all looked the same size… I had to take it down and re-do it. I also realized we needed one more tarp for underneath, so I had time that week to get another one. The kids were thrilled to have it setup in the yard, and we kept it up for almost the entire week. They put their stuffed animals in there, ran around it, and had a great time.

We also tested out our sleeping bags when they arrived in the mail. I was worried they would arrive late because they were coming in from the UK. The vendor on Amazon.com shipped them immediately to us, so we received them on time. The kids slept with them in their beds every night until the trip… they loved it! I had them sleep though with the bags unzipped because I was afraid of them getting too hot. 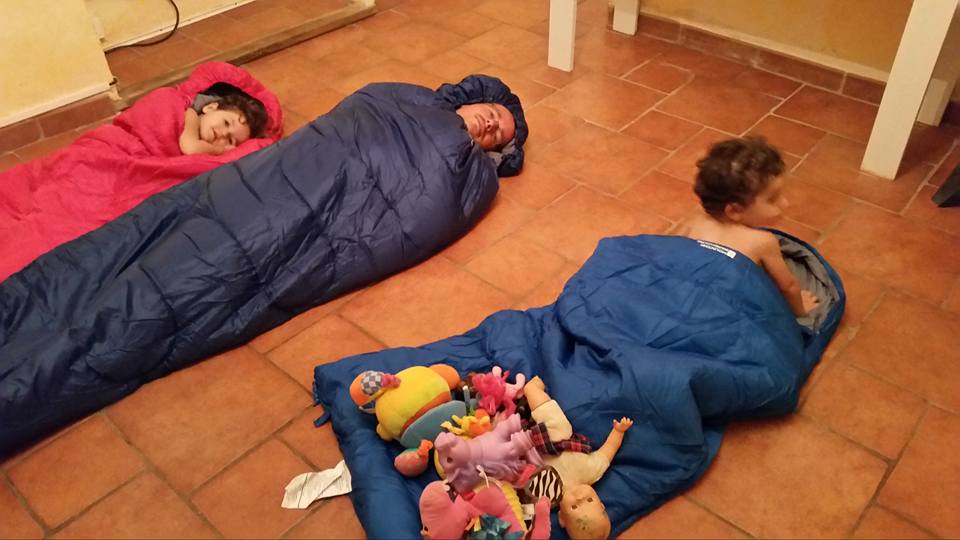 I let the kids pack one backbpack each full of toys, stuffed animals, and books. This made them feel apart of it all. They were very excited about going camping, as they are always playing outdoors and love nature.

Of course, I packed lots of snacks! I even found Graham crackers online on My American Market. By the way, this is a very dangerous website to go to if you’ve been living in France for a longtime and missing certain comfort foods! I bought all of our camping supplies on Amazon.fr, as it was the most convenient option for me.

When we arrived at the campsite, I was surprised to have the exact site that I was hoping for! We were placed at the very last spot along the lake, so we only had a neighbor on one side, however, there were two empty sites between us. It truly felt like we were in nature, even though sometimes, we could hear a muffled reminder that a highway was just beyond the trees behind us. 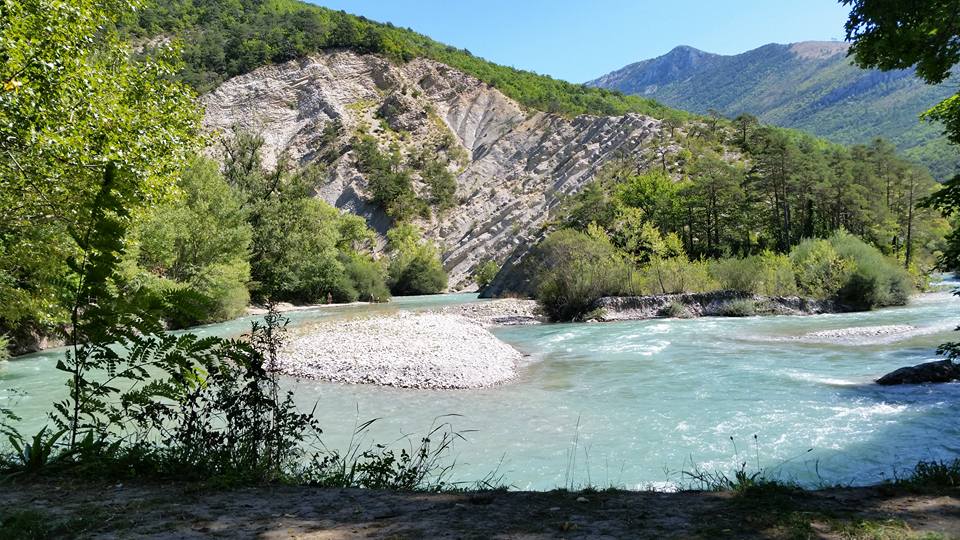 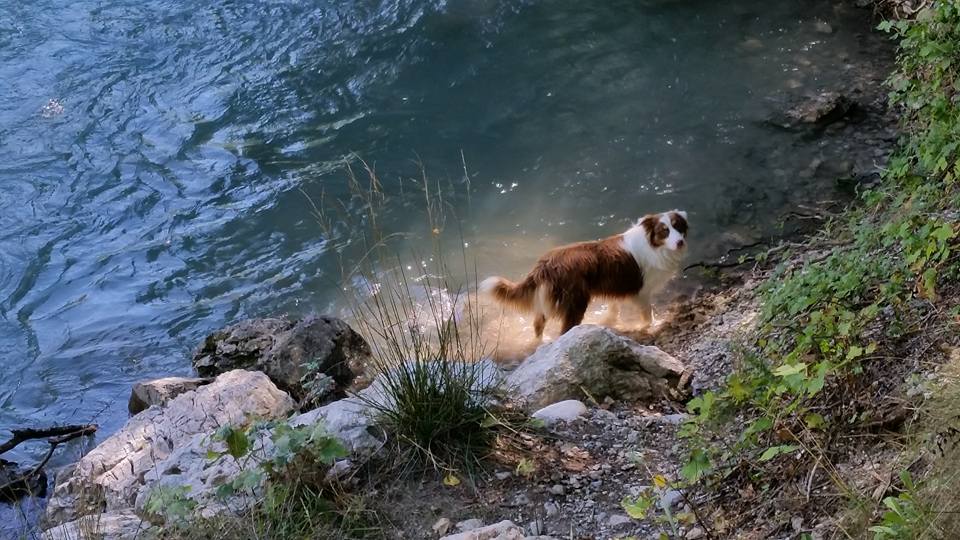 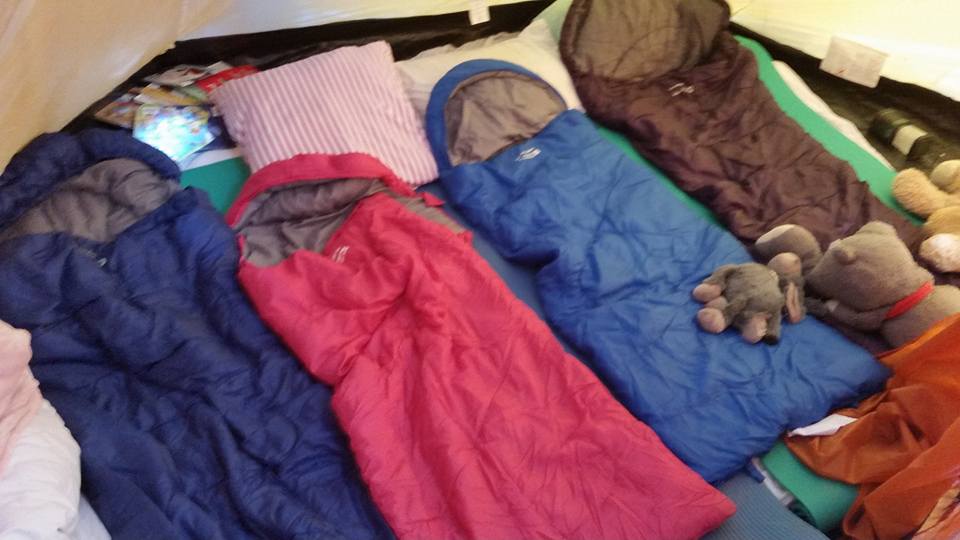 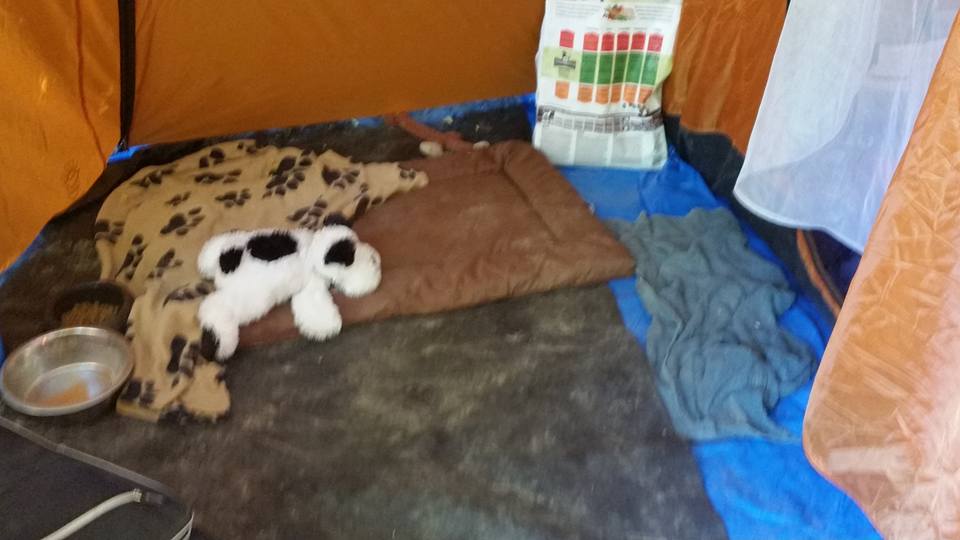 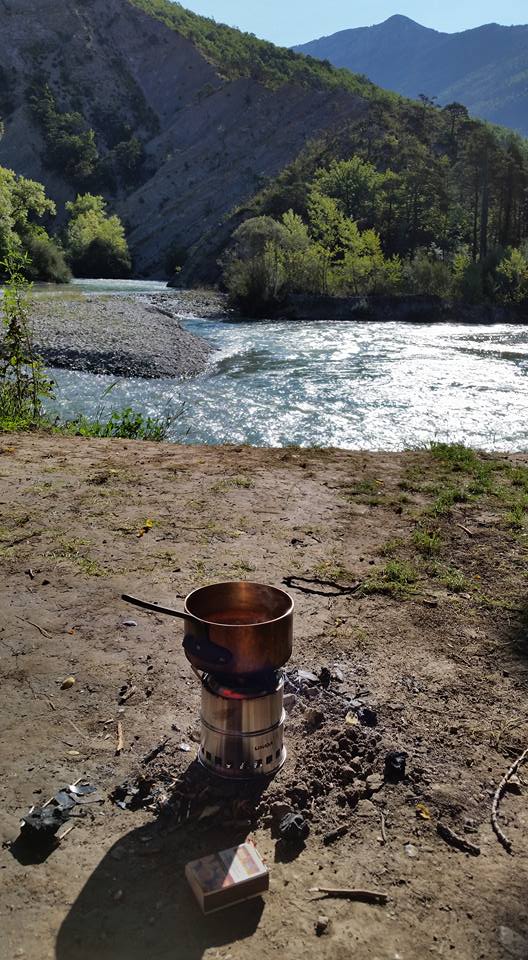 As with most campsites, you are not allowed to build a fire. This made me sad, as that was a part I loved about camping in the US and Canada. So I bought a little cooker that burns wood and we used that as our mini campfire. It actually did an excellent job of heating our tea, instant coffee, and kid’s milk. Plus, sitting next to it at night gave us some warmth.

I forgot to buy camping pots and pans, so I grabbed some copper pots from our kitchen. They worked perfectly! I’m glad that we had two lanterns… next time, I’d also give each kid a flashlight. They liked to play with the lanterns, which wasn’t very convenient for us. I would also buy a second cooker. This way we can heat up drinks while our meal is cooking, or I can boil water in the morning for tea or coffee and the kid’s milk at the same time. 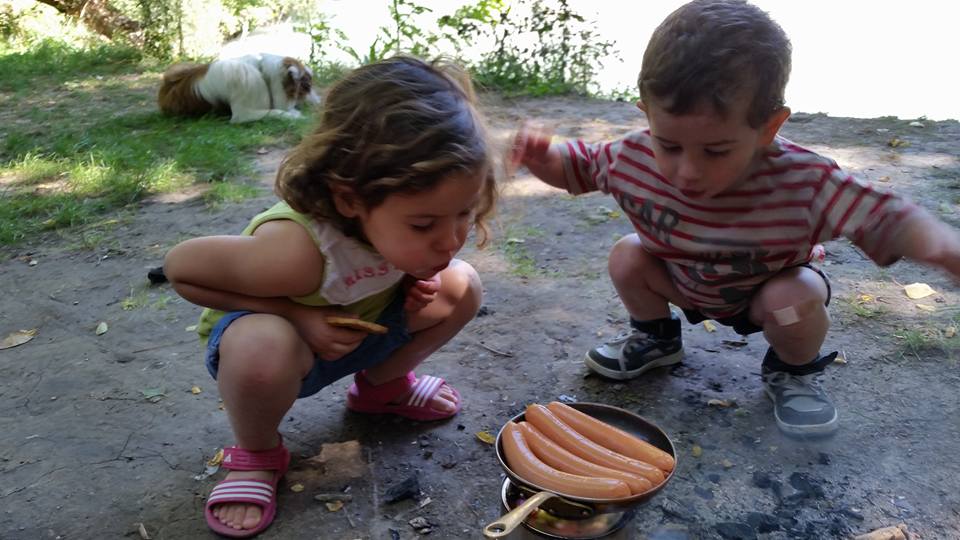 Since the kids are small, we decided to not divide the sleeping area into two rooms. We sleep side-by-side and had so much fun! We were a bit (or, actually, VERY) worried that the kids would be up all night both nights, keeping us awake. The first night we read them a few books and they fell asleep immediately. Our first day camping was a SUCCESS! Kids had an incredible time and they went to bed early and quickly without a fuss. 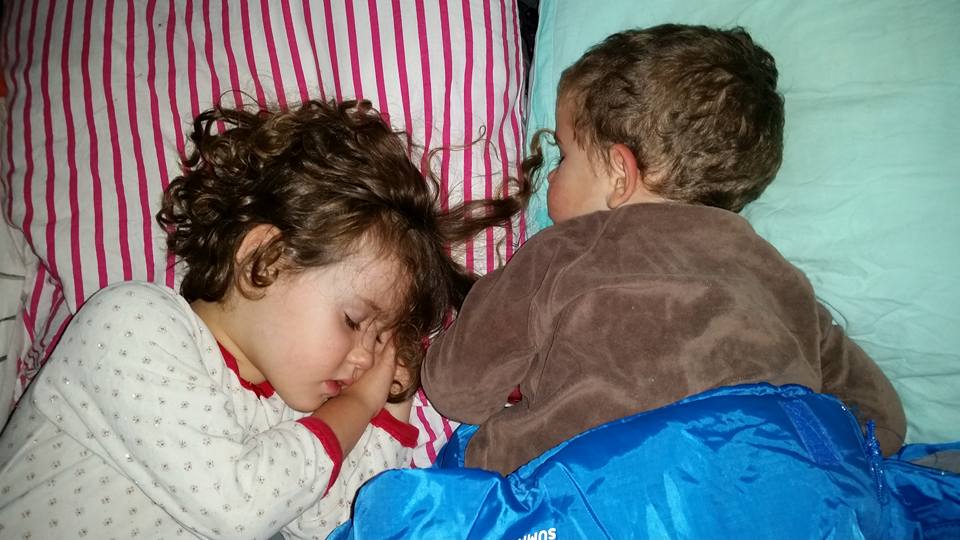 The second night, Mathieu went to bed early. He said he was tired and he fell asleep in there on his own. Juliana also wanted to go to bed, but she was acting a little strange. We were in the pool a long time this day, plus we spent some time on the lake’s shore and my husband took them to the kid’s play area afterwards. 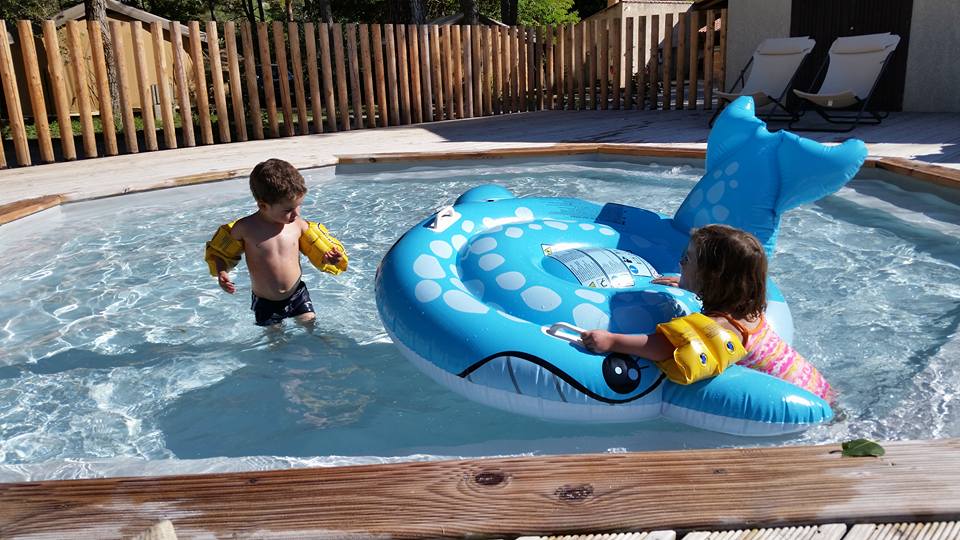 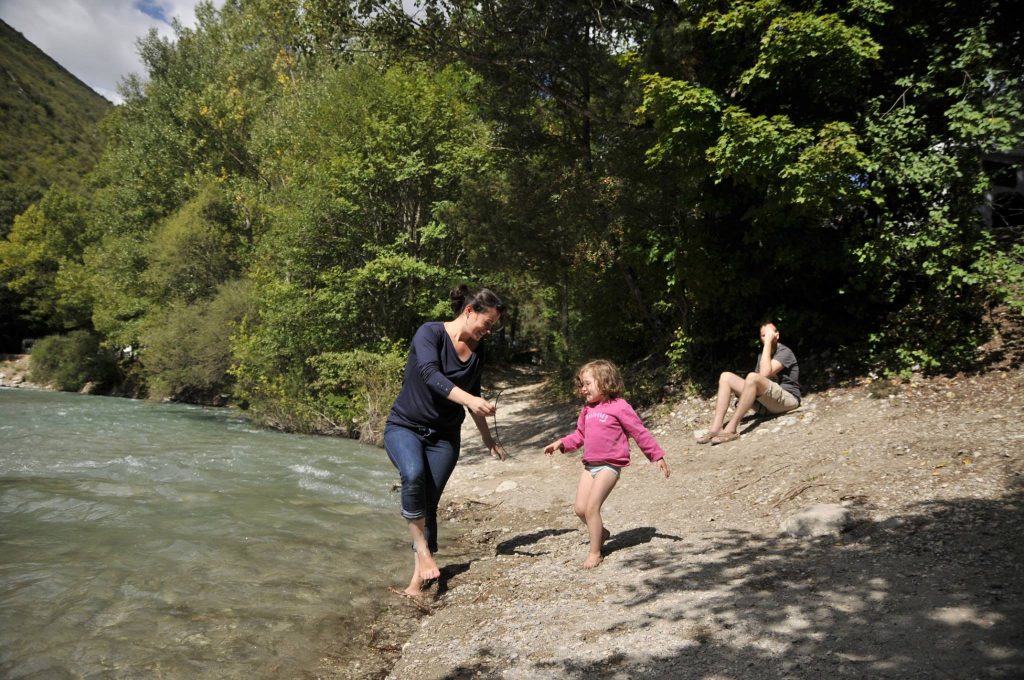 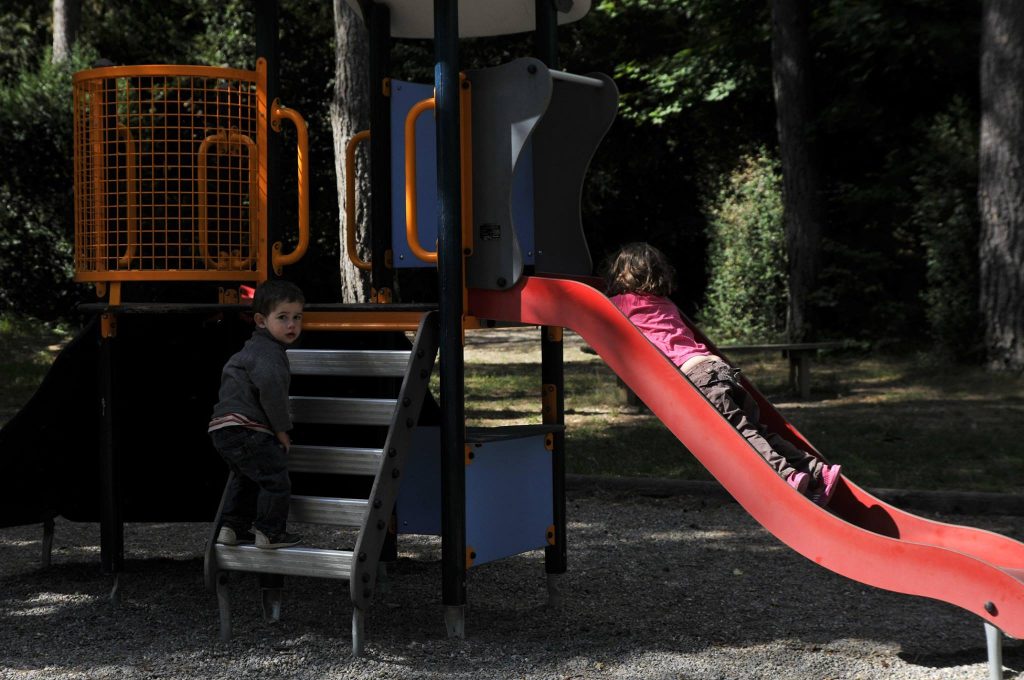 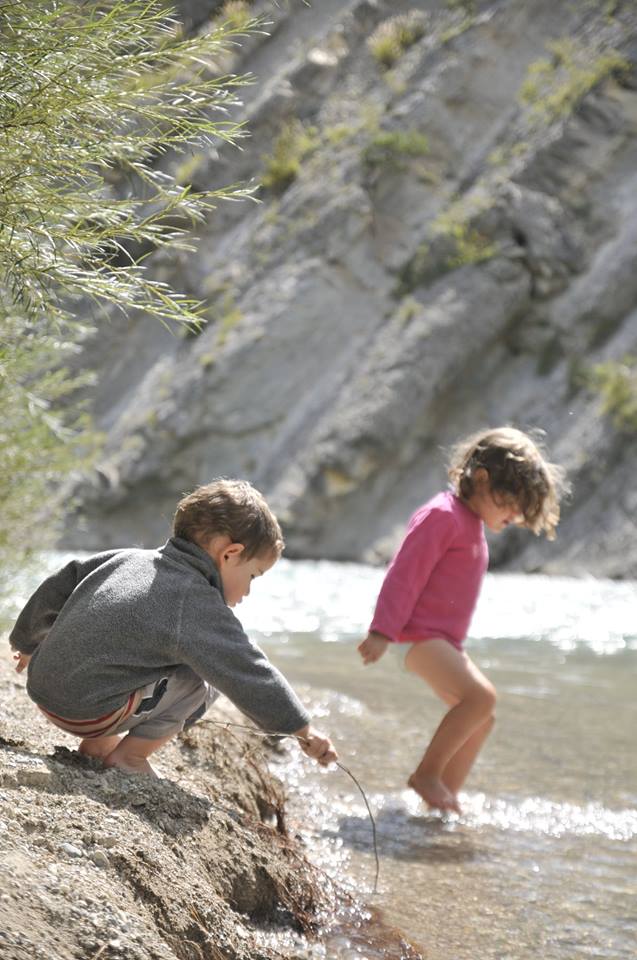 I asked her if she was cold, but she said no and that she was tired. She was acting slow and lethargic, so I got worried. My husband took her to a private hospital and we found that her temperature was too low. I woke Mathieu up and we met them at the camping’s restaurant for a pizza and hot chocolate. She was acting her normal self, running around and laughing, so we felt much better. I was ready to pack up and go to a hotel, however, our tent was comfortable inside and the sleeping bags were excellent. The doctor told my husband that she would be fine another night camping, to just keep her warm.

As soon as we got back to the tent, the kids were exhausted and slept immediately… it was only about 9pm! I laid next to them and read a book on my Kindle, and my husband enjoyed some time outside with a fresh drink. I kept touching their cheeks to make sure they were warm, and then I eventually fell asleep.

As with most vacations, time passed too quickly! We were very tempted to stay another night or two… my husband even went to the front desk and found out our spot was still available. However, Juliana just started school and I didn’t want her to miss any days so soon. She was going on her second week at her new school and I was afraid of her not adjusting to it.

We packed up our tent with heavy hearts and kept glancing out to the lake, taking it all in before going back to our regular lives. The front desk let us have a late checkout, so we relaxed in the morning before breaking down our tent. I would definitely return here again!

Thank You, Indigo Gorges du Verdon for the incredible memories. 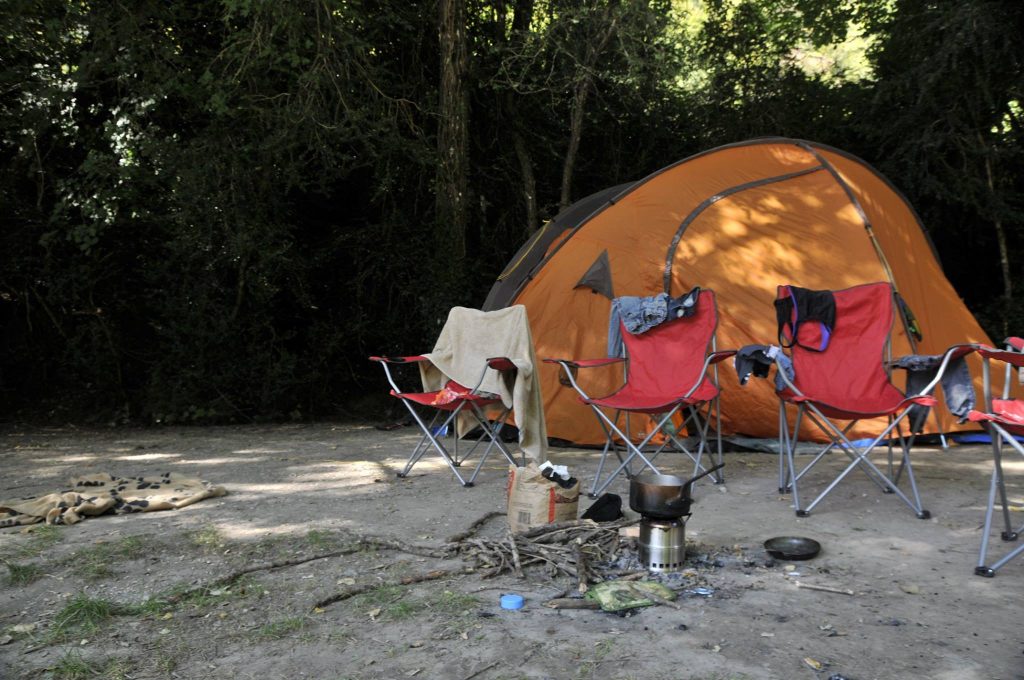