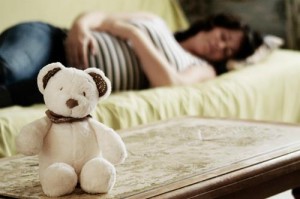 When I moved to France, my husband kept asking me how I was doing with all the changes. It was as if he was expecting me to go into culture shock at any time. I kept responding to him that I was fine. I have always wanted to move to France and now that I was there, it felt like I was finally home.

My life was simple at that time. I went to the University of Bordeaux for French language classes, came home to write business articles, went out for cafés and wine with friends, and enjoyed reading in the park. What was there to complain about? Life was amazing.

After eight months, I finally went into culture shock. I think it took longer for me because my husband and I were always together and speaking in English. When I became pregnant, my world changed. I realized how helpless I was without my husband. I needed him to handle all the administrative tasks, talk to my doctors and go with me to the pharmacy. I could not communicate with anyone and my independence was lost. I realized that I needed friends locally – my pre-pregnancy friends in Bordeaux disappeared as soon as the positive signed appeared on the pregnancy test. And communicating with everyone at home via Facebook was not enough.

I went on a downhill slide. I became depressed, frustrated and very irritable. It got worse after we moved from Bordeaux to Normandy to be near my husband’s family. Being near his family was not the bad part, it was moving to a cold, gray, and damp place. Even our doctor told my husband that he was crazy for moving me there. My husband promised me that the summer would be sunny and warm – apparently, there were only six days of summer last year by this description. This Floridian was about to loose her mind. I remember being in the car with my husband in the middle of the day and being in awe that I could not find where the sun was in the sky. It was swallowed up entirely by the clouds. I quickly realized that this was a normal phenomenon there.

Then to make matters worse, we moved into a small village without commerce so we had to drive everywhere. Our car was a manual and I only knew how to drive automatic. So if I wanted to go somewhere, my husband had to drive me. I have been driving since I was sixteen, yet I could not drive myself five minutes away to pick up groceries. I wanted to buy baby supplies, but my husband never had the time or the patience. I had to resort to buying everything online, missing out on the fun of oohing and aaahing at stores.

By this time, I really sunk low and nothing could make me happy. My husband tried to cheer me up, but it was not working. Even when he told me I looked beautiful, it only made me sadder because I knew he was lying – I never looked worse. I became very stressed and began dilating early, so I had to do a month of bed rest. I was only allowed up for 30 minutes a day, so this meant that my husband had to prepare my meals and really take care of me. So more independence was lost. I also felt tired and uninspired for writing, so I stopped working. This meant that I also lost my financial independence…

How did things turn around? I sat down with my husband and we talked about everything that made me sad and figured out ways to make it right. When we could not figure everything out, we brought his mother into the equation. She had such a simple, yet effective solution for one of my problems – taking driving classes. Several members of his side of the family chipped in and paid for a few lessons. I was on my way back to having at least some freedom restored to me.

After giving birth, I was finally able to start focusing on things I could do to make myself happy again. We moved down to Provence after we were sick from black mold in our house. As soon as we hit Provence, my life turned around. And it was not only because I got to see my long lost friend, the sun.

Here are the things that helped me deal with culture shock:

1. Learn French. Whether you plan on living in France for one year or the rest of your life, you cannot get situated without learning the language. I missed being able to communicate my exact feelings or talk to people on other topics than the weather. Having a French boyfriend or husband as your translator is not enough for you in the long run. You begin to feel invisible when every time you go somewhere, you have to stand behind his shoulder while he speaks for you. This is no way to live.

2. Make friends. This is much easier said that done, and is something I have a difficult time with. When I lived in Bordeaux, it was easier because I was taking language courses with others the same age. However, after moving to two small villages, it became much harder. I recommend you join a club or sport, like yoga or an art class, in order to meet people.

Also, attending the marché and local events can open up many possibilities. When I began going to the marché and butcher every week around the same time, people who repetitively saw me there began opening up to me. Even at the café, I started being charged 1 € instead of 1.50 € – I was no longer charged the tourist price (at least, that was my assumption). The guy who works there never smiles or communicates. I always speak to him in French. The last time, he told me “thank you” after I paid. It was a small, yet large gesture that made me smile the rest of the day. I finally felt visible.

3. Focus on your hobbies. You have to relieve your stress and anxiety by doing things that you have always enjoyed. I unpacked my painting materials and began painting again. I also crocheted my daughter a couple blankets and a coming home outfit. Doing something that you used to love doing back in your home country will help you feel connected while you find your place in France.

4. Talk about your feelings. Keeping them locked inside will only make those sad feelings stronger. When you are honest about how you are coping out loud with someone, it feels like a weight has been lifted. You also never know where it will lead. If I never talked to my husband that I was partially depressed because I could not even drive myself to my own doctor appointments, the solution of taking classes would never have come.

5. Practice sports. When you exercise, you release a hormone that makes you all happy inside. I found this was true even when I went for short, slow jogs. I always returned feeling positive and with my problems in perspective. Even if you are not into sports, there are other activities you can do to get this same reaction. For example, you can go swimming, hiking, or play long games of fetch with your dog outside. I found that spending time outdoors in nature is an excellent way to feel at peace.

Image: You may recognize that teddy bear and shirt from the cover of my new book. Yup, that is my huge pregnant belly on the front cover.